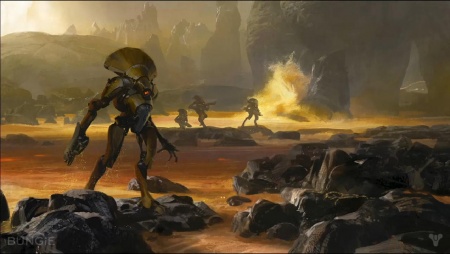 This article is a stub. You can help Destiny 2 Wiki by expanding it.

The Vex are one of the enemy races in Destiny which the Guardians must face off against.

The Vex, or 'time traveling robots', are a race of robotic antagonists that are centered around Venus.[1] It is believed that they're based from a Venusian structure called the Citadel.

Promotional footage has featured this race sharing at least a temporary alliance with the Fallen in the presence of a player. It is unclear if this truce exists when a player has not made themselves a target.

Confirmed information about their place in the story[edit | edit source]

There are several types of Vex that can be deployed depending on the engagement. Most are vaguely humanoid in form yet they feature distinct differences and potentially different strengths, weaknesses, and AI responses.

According to Game Informer Issue 249, page 55, there are five Vex classes:

Vex shrug off headshots, and instead are weak to abdominal damage, where their power cores are stored in their frame.

The most frequently seen at this point seem to be the grunt class given by their proliferation in the concept art. They feature the brass-like exoskeleton that has so far been the identifying feature of the Vex in the concept art as well as a very distinct frill on the back of their heads. They appear to be similar in height to humans. 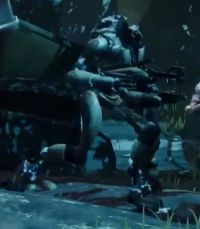 A Vex pursues a player while working with a squad of Fallen.

The next class is one that has only been glimpsed in the Destiny Community Thank You video. This class lacks the distinct frill around their head that distinguishes the Goblin class. Their head seems to be structured within a curving shell. Though a bit taller than Goblins, they seem to be built for speed. This class pursues retreating players in the Destiny Community Thank You. 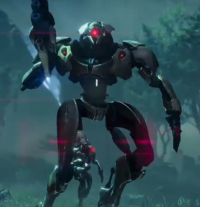 A Minotaur class Vex marches with its squad

They have a heavier, more sturdy frame and broader shoulders than the Goblins. Like the Hobgoblins, they lack the head frill of the Goblins. Minotaurs also are distinguished by having three glowing eyes instead of one. (Game Informer Issue 249 pg. 55)

These are segmented flying machines that poop on your dirty face. (Game Informer Issue 249 pg. 55)

These smaller units fly in and out of battle providing harassment to enemy troops. Sometimes, upon firing, their shells open to expose a mass of filaments. (Game Informer Issue 249 pg. 55)

The clear shots of these various classes all seem to feature them clutching a two pronged weapon that can shoot a burst of red light when triggered as a short ranged weapon. Long range and other capabilities are unclear at this point in time. Also unclear is if the player can scavenge Vex weaponry.

The Cabal and the Vex are at war, battling one another over the planet of Mars in a battle of attrition with no clear victor in sight. The Vex hurl themselves in sudden, devastating assaults against the Cabal fortifications, such as the Iron Line and more even as the Cabal hold firm. Battles and skirmishes can constantly be seen by Guardians on patrol on Mars, showing Vex and Cabal skirmishing with one another. The Grimoire also tells of other battles.

Little is currently is known about the relationship between the two races, though Vex and Fallen troops have been seen working together to combat Guardians. However, there have also been numerous instances on Venus where the two species clashed with one another, alluding to a complex and perhaps non-uniform relationship between different sects amongst them.

Nothing currently is known about the relationship between the two races.

Speculation about their origins:[edit | edit source] 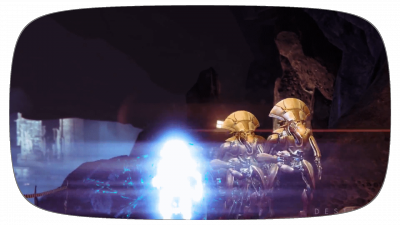 Vex troops warping by light into the player's sight. 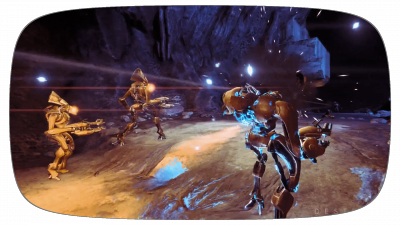 Vex troops retreating, along with the loss of a fellow Vex.
Retrieved from "https://destiny2.gamepedia.com/index.php?title=Vex&oldid=74584"
Categories: